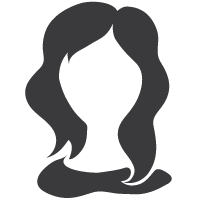 Car Accident Victim? The Other Driver May Try To Present A Defense

When you are a victim of an automobile accident, it is easy to place blame on the driver who you feel is responsible. However, in terms of the legal system, even if your points are valid, the other driver has the right to present a defense. As such, you may be in for a lengthier, more complex journey to compensation recovery. All scenarios are different, but there are some common defenses that drivers often try to use.

One of the common defenses that a driver may try to present is equal responsibility. In legal terms, this situation is known as contributory negligence. The idea behind this argument is that the victim in the accident is equally responsible.

Consider an instance where one driver hits a driver that is making a left turn, for example. The at-fault driver might state that the other driver was speeding, and had they not been driving too fast, the accident may have been avoided. If the judge or jury agrees — the victim could walk away without anything.

Another defense is a third-party liability. This defense often aims at placing all, or at least, a portion of the blame on another party, but not necessarily the accident victim. An example of this defense might include an instance where unmaintained shrubs blocked the view of the road, which in turn caused the driver to crash into another vehicle.

In this scenario, the other driver may try to place some blame on the person who owns the unkempt property. For the victim, if successful, this sort of defense makes matters more complex, as it may mean that you have to file a claim against the driver and the third party.

One hidden defense that some people will try to use to avoid or reduce the amount of compensation they have to pay are pre-existing injuries. Consider an accident in which the victim sustains a back injury.

If the insurance company or attorney representing the other driver can find any trace of a previous back injury, they can try to argue that the accident did not cause the injury. This scenario may not invalidate a claim, but it can reduce its value. It is essential to have an attorney who can present evidence that will differentiate between any previous injuries and the accident injuries.

An attorney can help unravel an invalid defense to help you gain the compensation you deserve after an accident. Contact an auto accident attorney for more information.